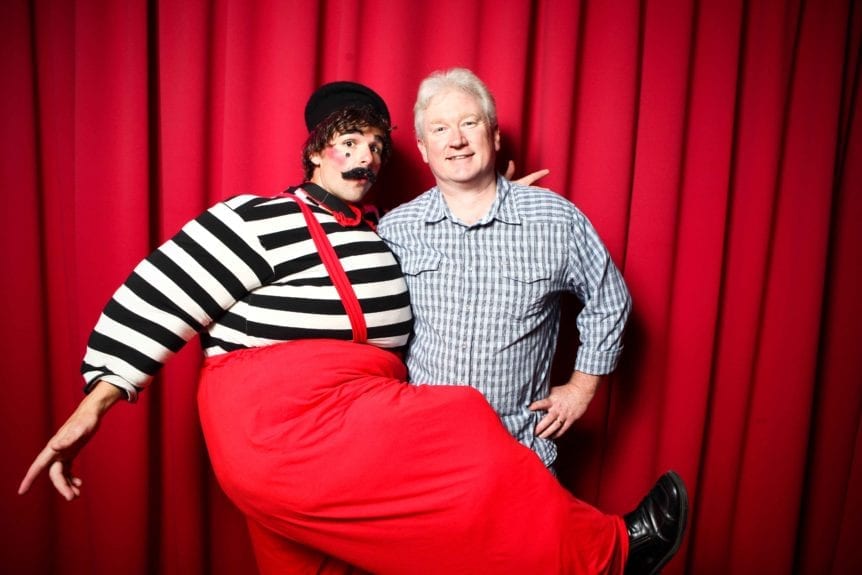 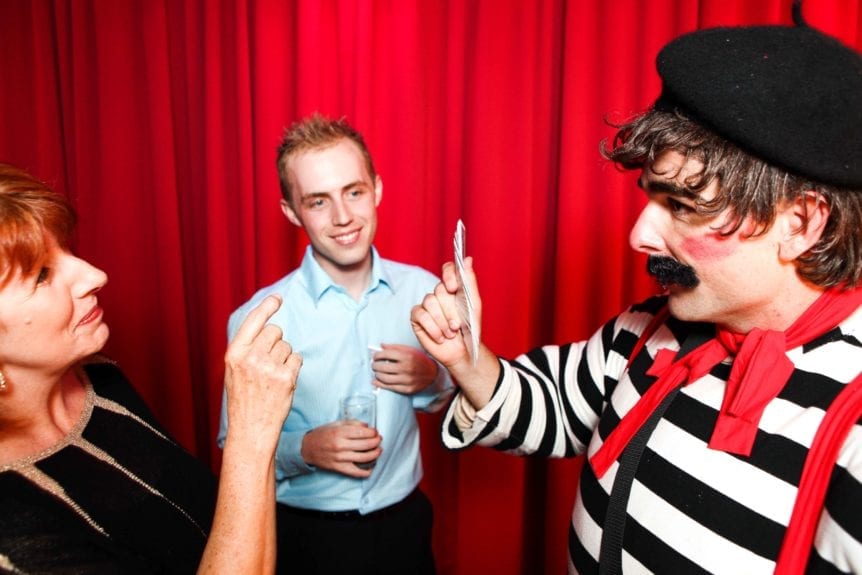 Description:
This larger than life character is in a ball park all on his own. He is the international renowned, 5 time winner of "The Vanishing Cake Awards", 2 time winner of "The Golden Croissant" and 1 time winner of "Bingo" at Frenchy's Buffet. Original from Éclair in France he now travels the world in his one of a kind Comedy and Magic act with his beautiful assistant Inga-from Sweden.

The Magician at Large Show comes in 2 versions, one with his assistant ( who is a couple of clowns short of a circus) and the other just the star on his own. Both shows are like no other. With witty one liners, loads of audience participation, a little song and dance, side splitting humour and some of the funniest and cleverest magic of all time.

The Monsieur Fatty - Magician at Large Shows work with more of a stand up style, leaving, unless requested otherwise, the big illusions and sets alone. Even without the large props this show plays big like any other and makes it perfect for those people who just want the best entertainment without all the fuss of a massive floor show.

In this show you will see embarrassed audience members, uncontrollable laughter, a knife put through your CEO's jacket and it magically restored, signed money appearing in a lemon, some amazing mind reading from the Tele- Pathetic Inga, Hilarious Song and Dance, an impossible prediction found in a box hanging over the audiences head the whole time, and most impressively an authentic 1700's working French Guillotine that measure over 12 feet tall that see an audience member locked in the stocks and the blade fall over 9 feet right through their neck!

Alternatively you can have the amazing Monsieur Fatty roving around amongst your guests. Greeting them and displaying his wonderful talents as one of the worlds most recognised magicians.

Monsieur Fatty is also an exceptional MC or Host.

“It will certainly be a night all will remember"
- Courier Mail

“Sensational, a great time was had by all"
- NAB

"It wasn't a Magic act, it was the funniest show we have ever seen"
- ER

Performance Requirements:
Monsieur Fatty Magician at large is extremely flexible and will work something wonderful out to suit any performance space given.