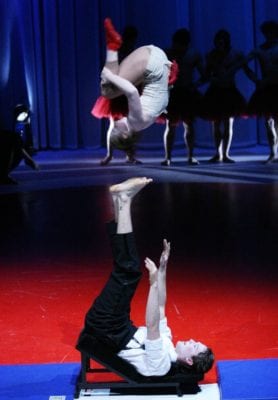 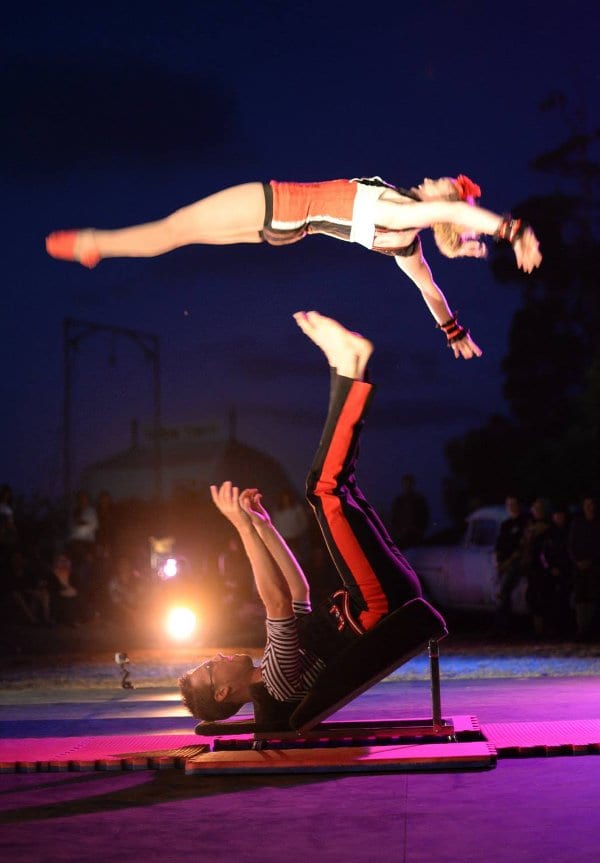 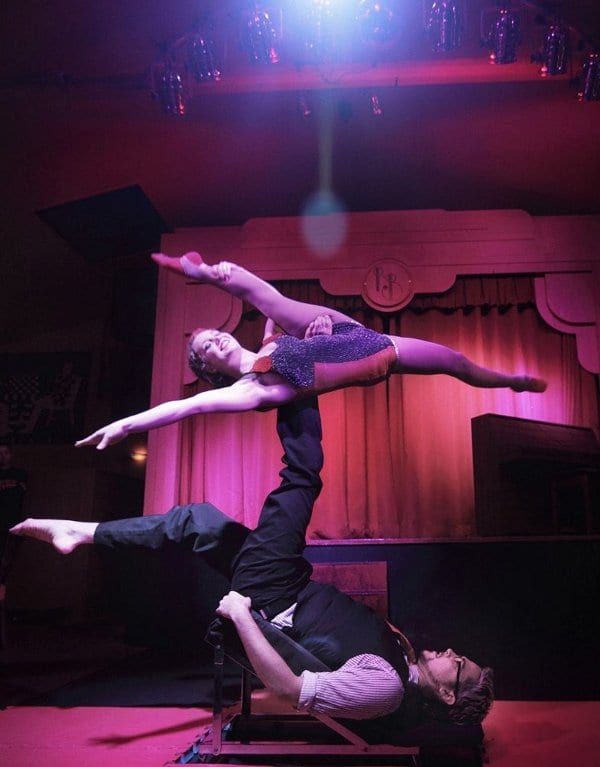 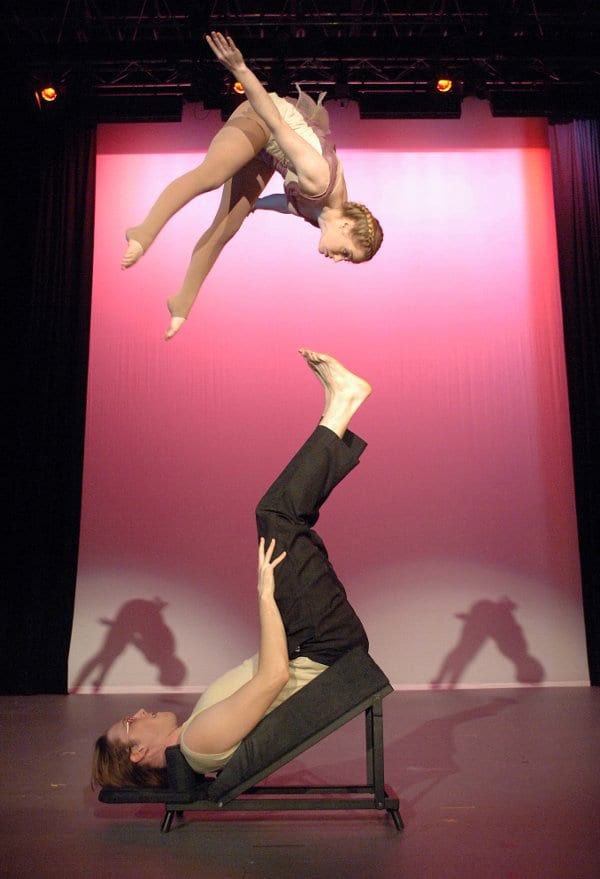 Description:
Feet2Feat are the spectacular act based in Melbourne. They are the only performers of Icarian Games performing at their standard within Australia. For over 7 years this awe inspiring act has amazed and delighted audiences of all ages and demographics with skills that have never been seen or even imagined possible!

“They were INCREDIBLE and had the audience silent.”
- Canberra National Architecture Awards

Amy Nightingale-Olsen and Christopher Zaluski are Feet2Feat.  Graduates of the National Institute of Circus Arts (NICA), they are the only duo performing the traditional circus art of Icarian Games (a.k.a. Human Foot Juggling). They have been working and performing together as Feet2Feat for over seven years, which has taken them all around Australia & New Zealand.  Based in Melbourne they delight in creating work that amazes, entertains, and inspires their audiences.