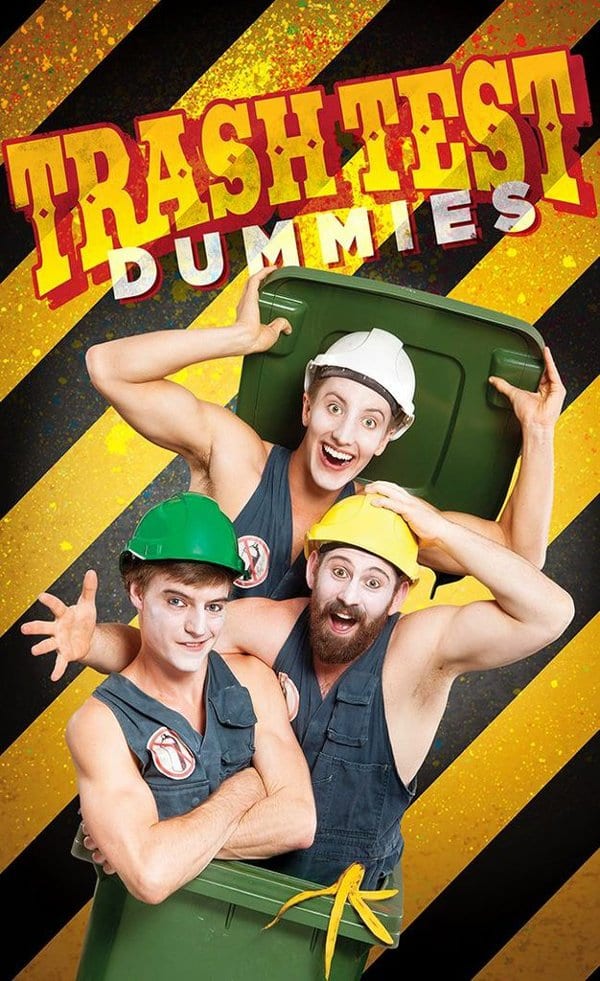 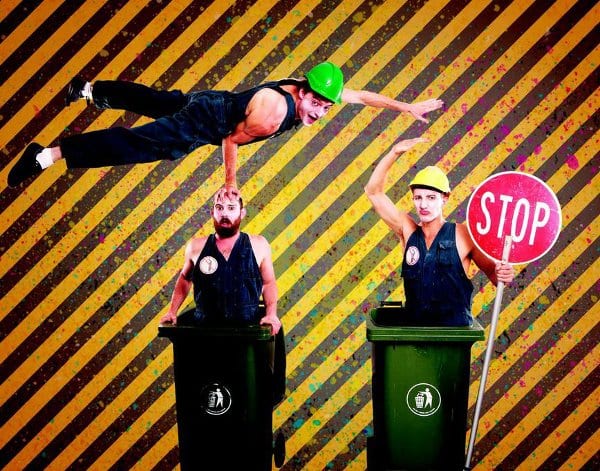 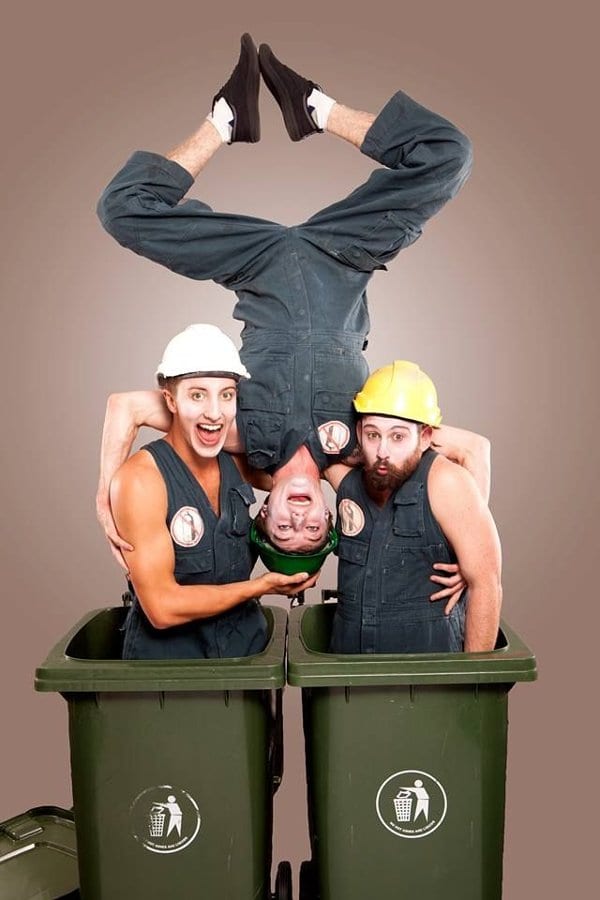 Description:
The Trash Test Dummies are as full of laughs as their bins are full of surprises. These three dexterous dummies are highly skilled circus performers that take the household wheelie bin to new heights (literally) and deliver a dump truck full of hilarity.

A good time, all ages circus show encompassing first class stunts, this performance showcases a stunning array of balance, acrobatics, slapstick and juggling that invites the audience to take a fresh look at the humble household wheelie bin.

These hot and exciting new circus performers on the scene can trash-talk with the best of them. Jamie Bretman, Jack Coleman, and Simon Wright are passionate about creating innovative circus and physical theatre works that demonstrates the highest jaw dropping circus skills and takes the audience on a journey into their playful imagination, where they explore the infinite uses of everyday objects in the most profound and hilarious ways.

5 STARS MELBOURNE INTERNATIONAL COMEDY FESTIVAL
“Not content with merely being terrific acrobats, wonderful clowns and being able to juggle, these guys wrote a cohesive and engaging show.”

4 STARS ADELAIDE ADVERTISER
“There’s nothing they can’t do with the bins and their juggling, acrobatics, balancing skills and cunning stunts are first class.”