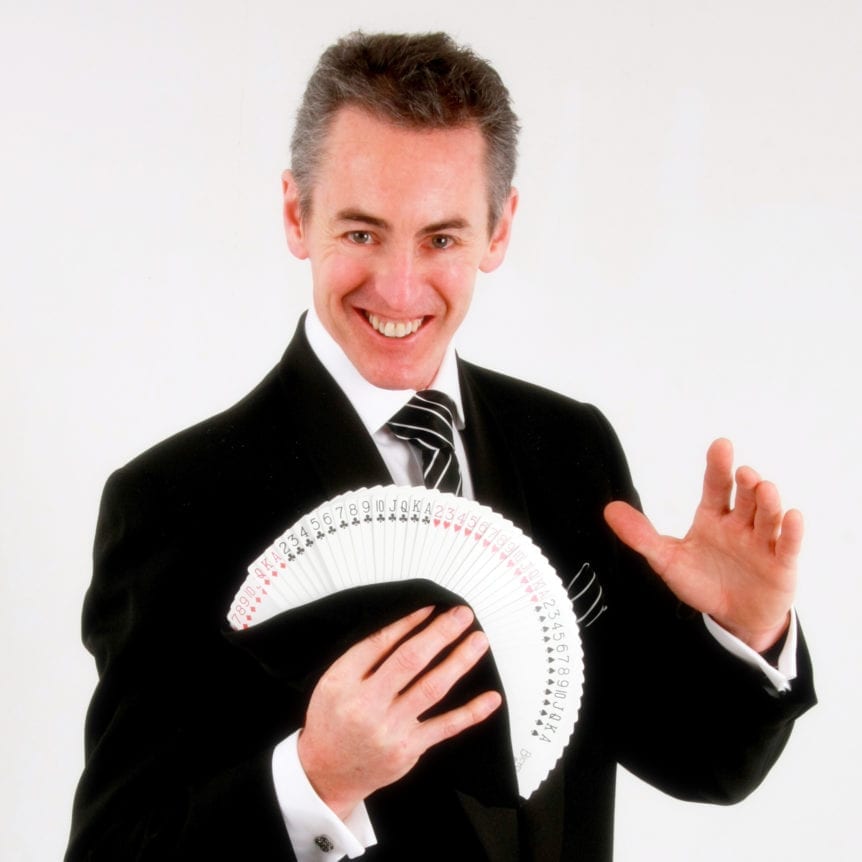 Description:
Melbourne is the magic capital of Australia and Ron is one of its long standing citizens. With over 25 years of magic and variety entertainment to his credit he has done it all! From many a suburban lounge room to the stage of the Rod Laver arena and numerous tours throughout Australia and New Zealand. Ron’s list of credits is both long and extensive.

Ron was resident magician at Jean Jacques by the Sea for four years and resident magician at the Park Royal Hotel Melbourne for over nine years and is currently one of only four resident magicians at the Crown Casino. Ron’s client list reads like a virtual who's who of corporate Australia and include: Kraft (Aust), Mercedes Benz, A.S.I.C. (Melb), Telstra, Country Road, A.N.Z. and Westpac Banking, AMP, and many others.