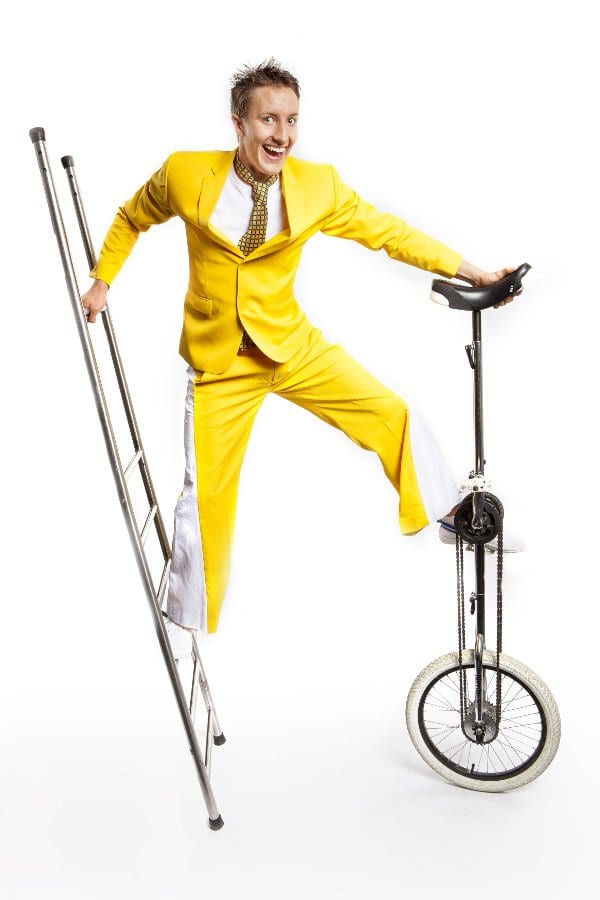 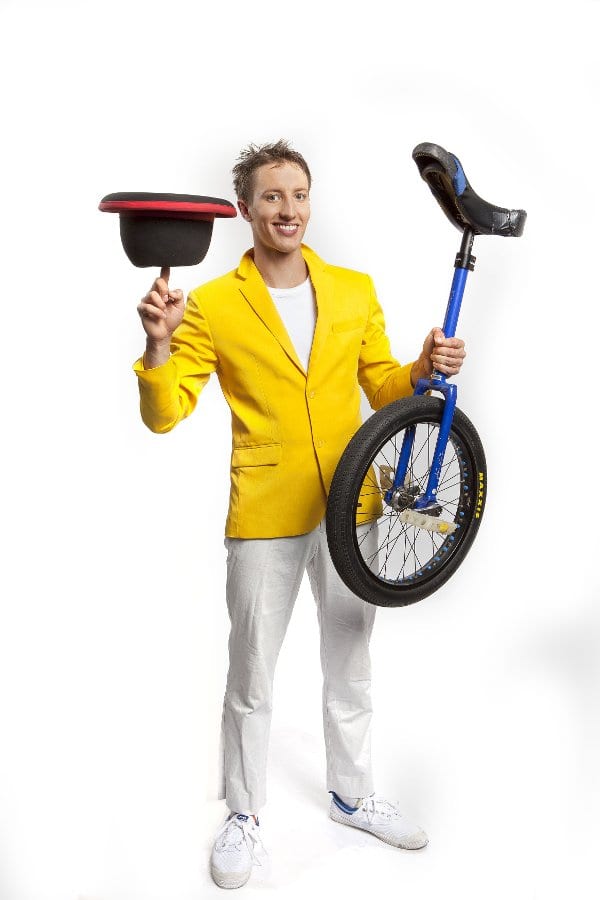 Description:
Impressive circus skills combined with animated charisma, Mr Dash skips, jumps, juggles and cruises around on one wheel delighting audiences.  Style and laughter await you with this first class entertainer. Specializing in unicycling at the National Institute of Circus Arts, Mr Dash’s skills on the one wheeled bike go un-matched.

With a wide range of incredible circus skills including unicycling, juggling, hat manipulation, acrobatics, comedy and more this experienced performer is perfect for any event or occasion.

Mr Dash is performed by Simon Wright who is a graduate of the National Institute of Circus Arts (NICA) and was one of the main actors in the ABC circus TV series “Hoopla Doopla”.