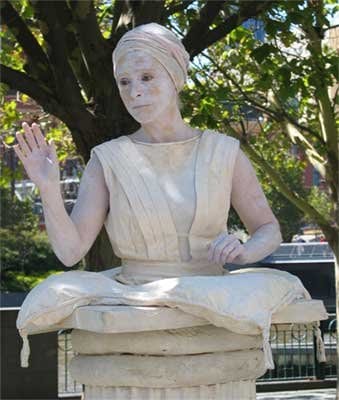 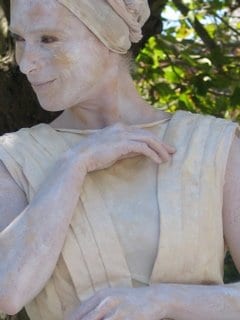 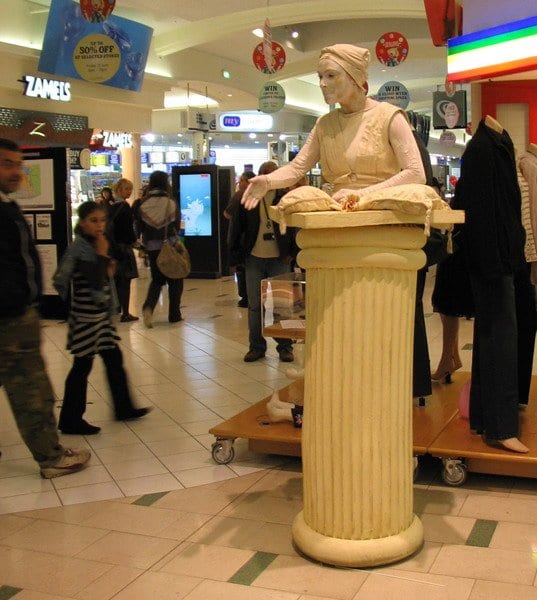 Is she real? That is the question the World Buskers festival in Christchurch put to their audience in 2006. More often than not, people walk straight past without noticing that the eyes really do follow you. And the head. And sometimes the arms. This hard, yet comically loveable character embodies the graceful form of subtlety. Interaction with passersby is silent and unduly expressive. Watch her create a relationship with mere eyebrow raise or wink. Mostly seen at Southgate promenade, this particular piece of marble also featured on the Today Show and won the pitch prize for best performance at the Melbourne Buskers Competition in 2005.