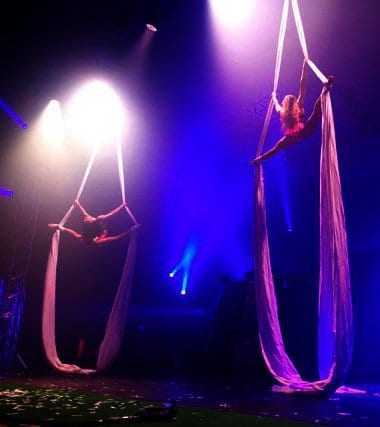 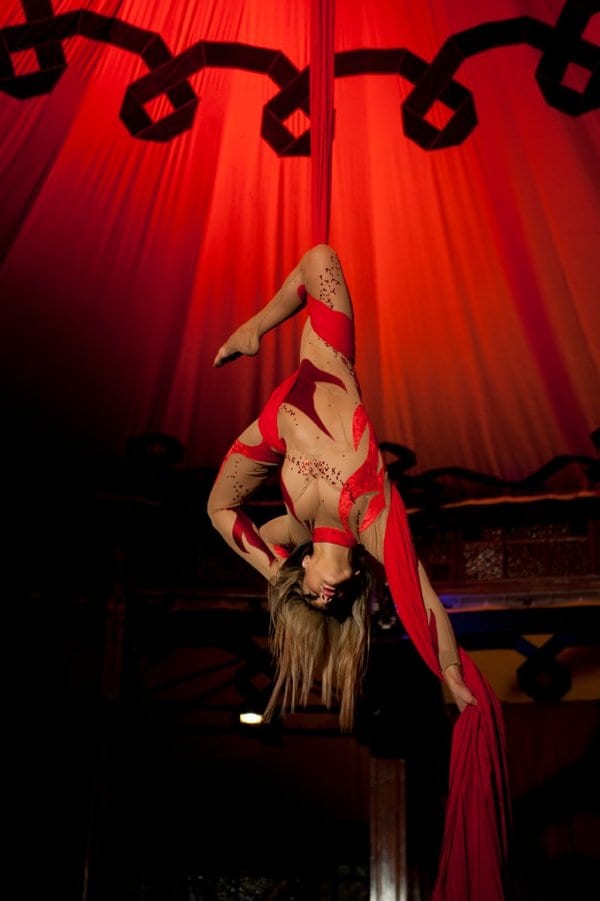 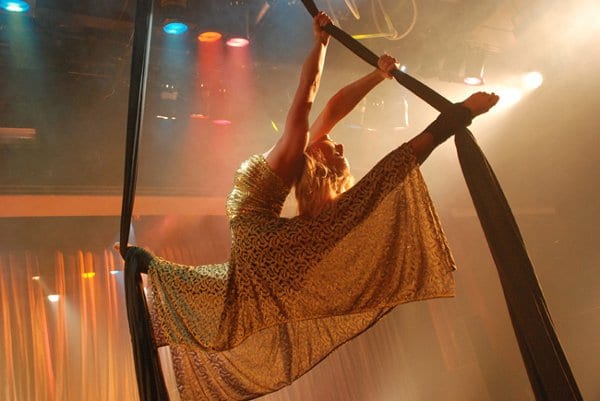 Description:
Cirque des Femmes is a stunning act performed by the talented aerialists Leigh Alicia Marning and Elise Jaworowski, as a synchronized aerial tissu routine. Performed in unison this high level aerial act is an incredible display of flexibility, strength and acrobatic tricks and perfect for any special function or event that’s looking to leave a double impact!

Cirque des Femmes is performed by two of Melbourne’s top female aerialists Leigh Alicia Marning and Elise Jaworowski. Music and costumes can be adapted to suit any particular theme and occasion. Show is available as a solo or duo act.

Leigh Alicia Marning & Elise Jaworowski:
Leigh Alicia is a 5 times national champion in rhythmic gymnastics and represented Australia in the 1994 and 1998 Commonwealth Games where she won 7 medals. In 2001 she ventured into the world of circus where she undertook and completed a degree in circus arts. After finishing her degree Leigh Alicia was accepted into the prestigious “Cirque Du Soleil” where she was employed as a contortionist in their production “KA” at the MGM Grand in Las Vegas for two years. Leigh Alicia returned to Melbourne in 2006 and has since continued to perform both nationally and internationally, receiving recognition for her high level skills as a contortion, hula hoopist and aerialist.

Elise’s professional training has taken her all over the globe, from NICA in Australia to the renowned Toronto School of Circus Arts in Canada. In addition to her circus training Elise undertook 3 years of intensive full-time dance training under the instruction of Robert Sturrock. Her extensive training and performance background has allowed Elise to fuse dance and circus into a truly remarkable and unique experience. Elise has a very impressive client portfolio including Channel 7’s Home and Away, The French Chamber of Commerce, Mercedes Benz, Cargotec, Accor, The Ivy Sydney, Fashion Aid, Australian Chamber of Commerce and Norwegian Cruise Lines. Eilse has performed with household names such as David Highes, Ricky Lee, Shannon Noel, Jeff Green Redfoo and Akmal Saleh to name a few.