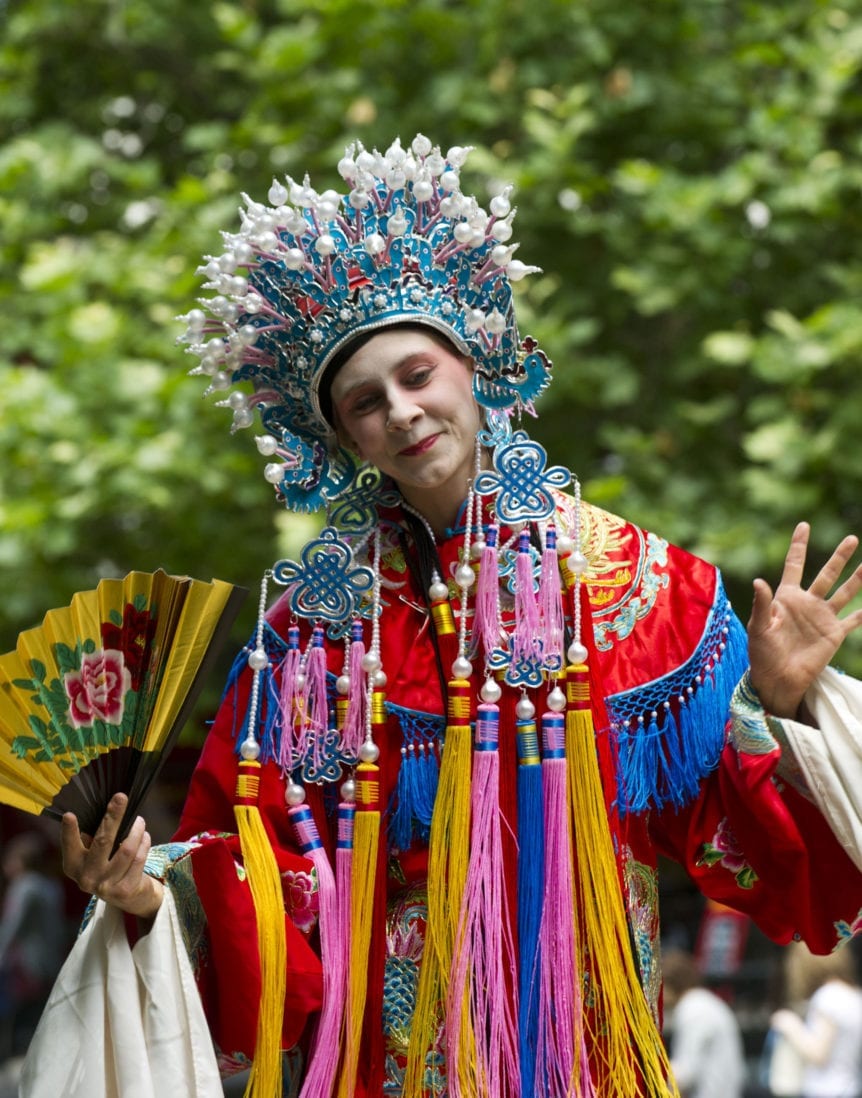 This beautiful character is a sight to behold. Following in the footsteps of Mei Lanfang, she will dazzle audiences with her poise, elegance and refined hand gestures and fan work. Dressed in traditional Chinese Opera dress, she interacts with the crowd and is a favourite for photographs.

“Anna is a fantastic performer and has performed at a number of Confucius Institute at La Trobe University cultural activities, including Chinese New Year Celebration at Darebin City Council in February 2014, Chinese Bridge Competition in 2012 and the Launch of the Confucius Institute in 2011. She is adept at capturing an audience’s attention, presenting exceptionally well with appropriate, well maintained costumes and is also a creative performer who can customise her performance on the requirements and themes of our events. Her performances are of such quality that they are considered one of the highlights of our events. I have no hesitation in recommending Anna to anyone who needs such a unique performance.“
- Jean Zhang, Administration and Program Coordinator (Confucius Institute/Centre for Chinese Studies, Latrobe University)