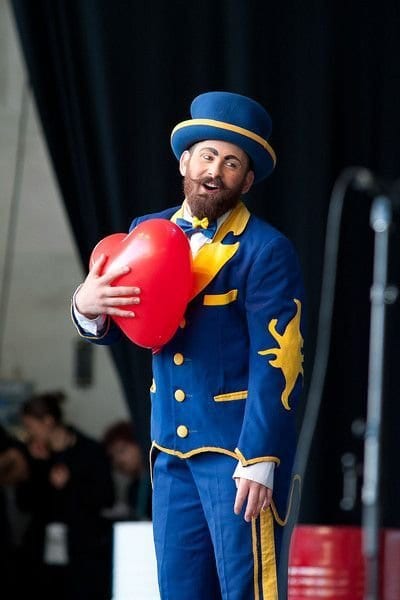 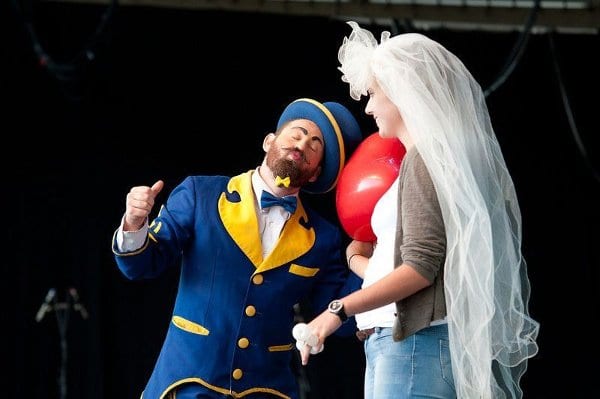 Description:
In this romantic tale a love torn and gentle clown takes the audience on a journey through the all too familiar experience of falling in love. With naïve innocence and euphoric enthusiasm he woos an unsuspecting member of the audience who quickly becomes the centre of his life.

During this first stage of love, the clown impresses his sweetheart with an extraordinary display of dance, magic and balloon modelling. After a proposal of marriage the love story takes a tragic turn, and he is left literally picking up the pieces of his broken heart. As the story comes to a forlorn end the clown is left with a glimmer of hope for his broken heart, one that will start the tale afresh. Through a combination of slapstick, clowning, mime, magic and mystery this show offers a comedic and poignant exploration of the game of love, leaving audiences marvelling at this loveable clown and his attempt at finding 'the one'.

This Beautiful act is particularly suitable for, but not limited to weddings and hens nights.

1ST RUNNER UP AWARD SHORT+SWEET CABARET MELBOURNE 2012
“A highly skilled performer, Jamie is clearly making a wonderfully innovative contribution to his art form…. He is delightfully charming on and off the stage, and he quickly won over fellow artists and audiences alike.”