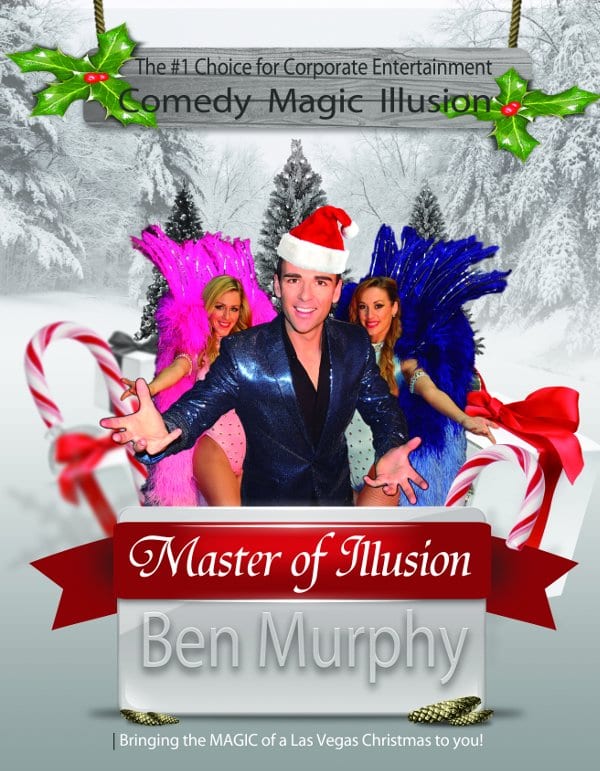 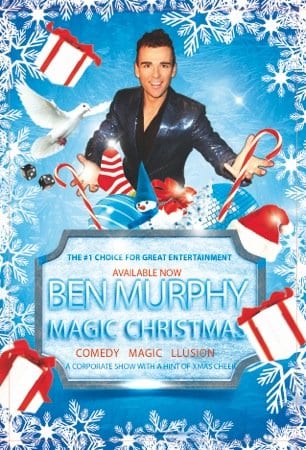 Ben Murphy's The Magic and Illusion of Christmas

Description:
Bringing Las Vegas to you with a touch of Xmas cheer! For the first time ever master illusionist and comedy magician Ben Murphy has taken some of the most popular bits from his internationally booked corporate shows and put them together in a show with a slight Christmas twist, making this the ideal show for your end of year events!

Australia’s own International Illusionist and Comedy Magician Ben Murphy is fast becoming one of the worlds most popular and original entertainers. His unique blend of comedy, magic and illusion has been bringing audiences to their feet right across the globe

Breaking the World Record for the “Most Escapes From The Chinese Water Torture Cell”, beating even Houdini himself, Ben has a huge following around the world. He has sold out over 300 shows in the USA, making him the only Australian Magician to have had a full season in America. His mystifying effects on TV and Live have awed countless eager audience members with tours in the USA, Asia and the Pacific.

Ben is highly sort after for his refreshingly original acts which feature some of the most stunning and impossible grand illusion, never before seen exclusive magic, Las Vegas show girls and uncontrollably funny audience interaction, presenting one of the most enjoyable and memorable shows around.

From the moment Ben Murphy’s presence explodes onto the stage you will be enthralled with his warm and energetic personality. See this amazing show and its cast perform unbelievable vanishes, gasp as dancers are cut in 7 pieces, stretched too 3 meters long, twisted up like tea towels and float in the air.

Be puzzled by the impossible escapes and dangerous illusions that will have you on the edge of your seat.

Laugh as volunteers from the audience partake in the show with hilarious results.

Gather your work colleagues for a brilliant night of entertainment not to be missed.

The show is also able to make your CEO or notable speaker appear live onstage dressed as Santa! Ben will even make it snow onstage what a great way to finish the year.