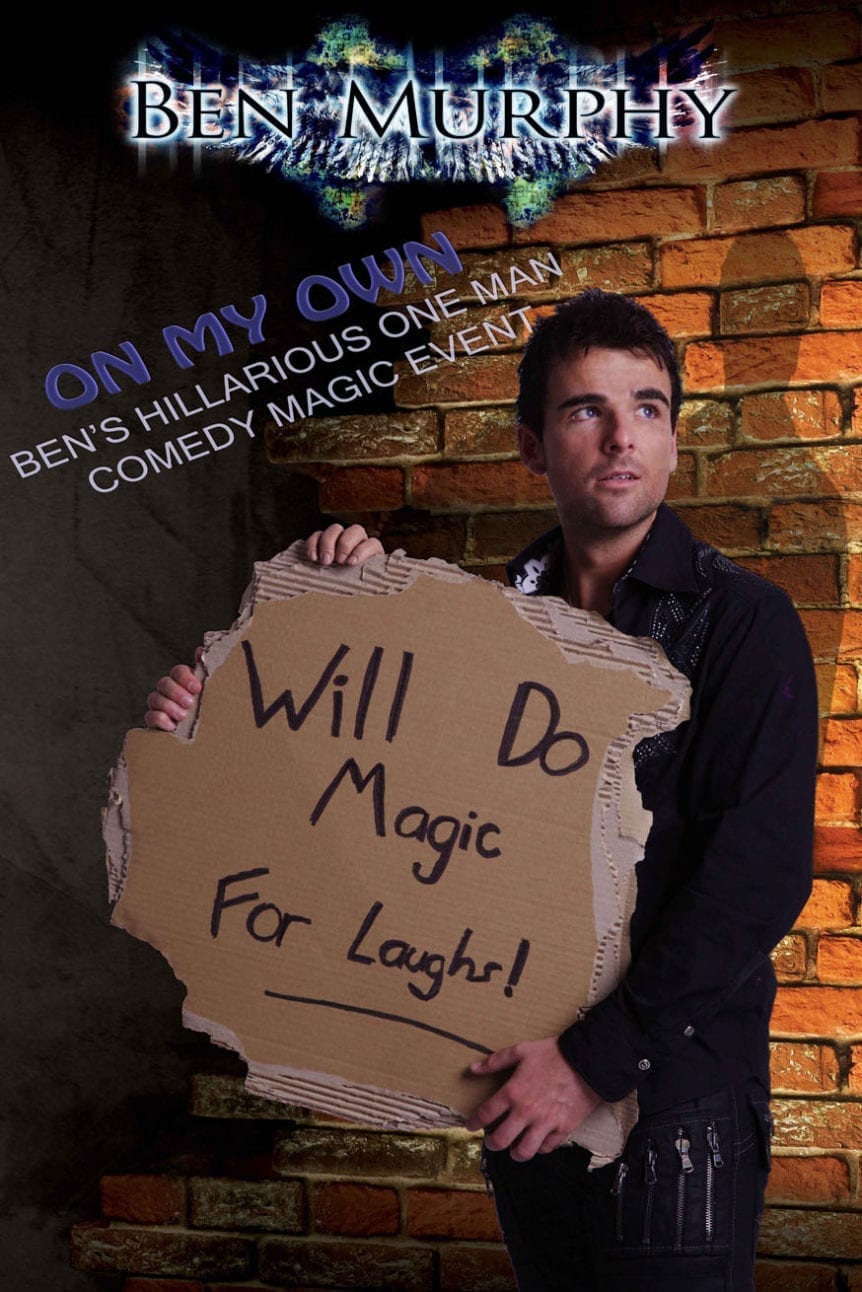 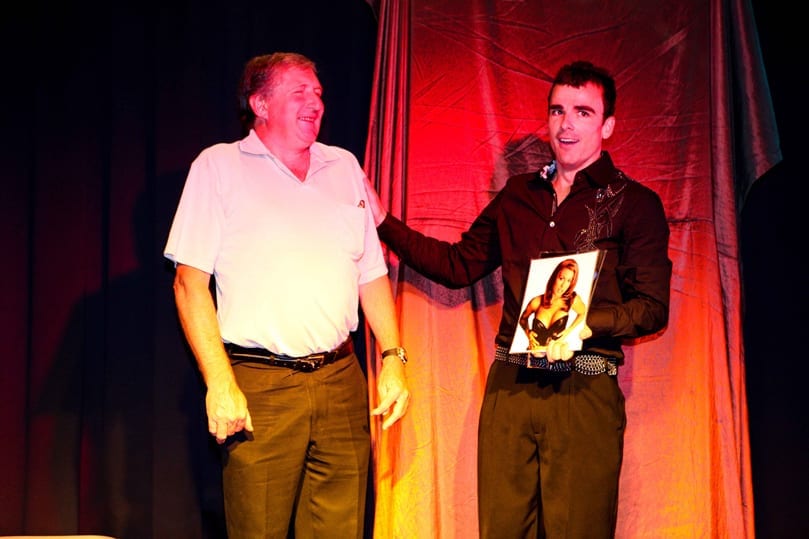 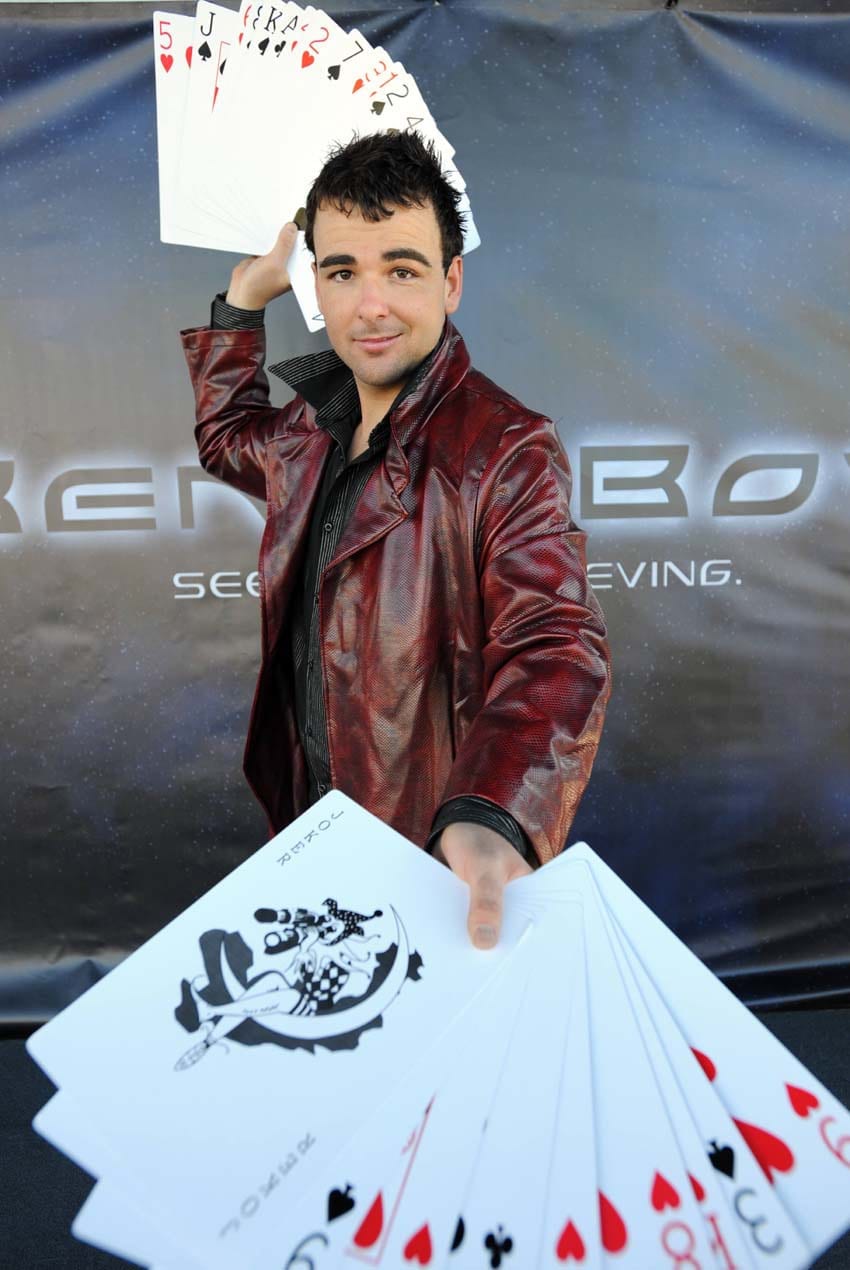 Ben Murphy On My Own

Description:
Known around the world for his ability to engage an audience and bring laughter to any room just by standing alone onstage, Ben Murphy’s “ON MY OWN” is the perfect entertainment for any event, large or small anywhere in the world.

Ben Murphy will have your audience laughing the moment he greets them with witty one liners and some seriously out of this world magic that will have you blown away and just wondering how on earth it could be achieved without any assistant or special staging.

* You will be left dumfounded as a borrowed mobile/cell phone is absorbed inside of a balloon then to vanish and appear inside of a sealed can of baked beans held by an audience member from the beginning of the show.

* A piece of paper scrunched into a ball will become animated as it bounces all over Ben’s arms and head before being folded into a paper rose it will effortless float in front of Ben bursting into flames and becoming a real rose.

"It will certainly be a night all will remember"
- Courier Mail