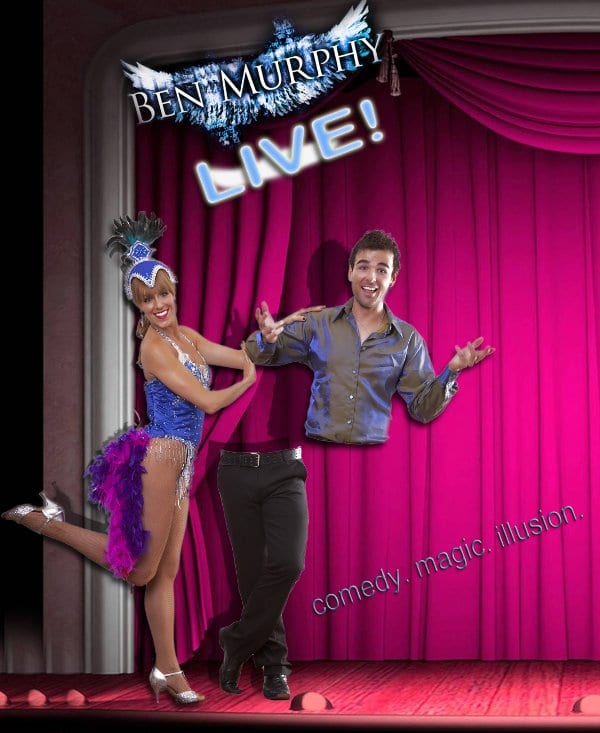 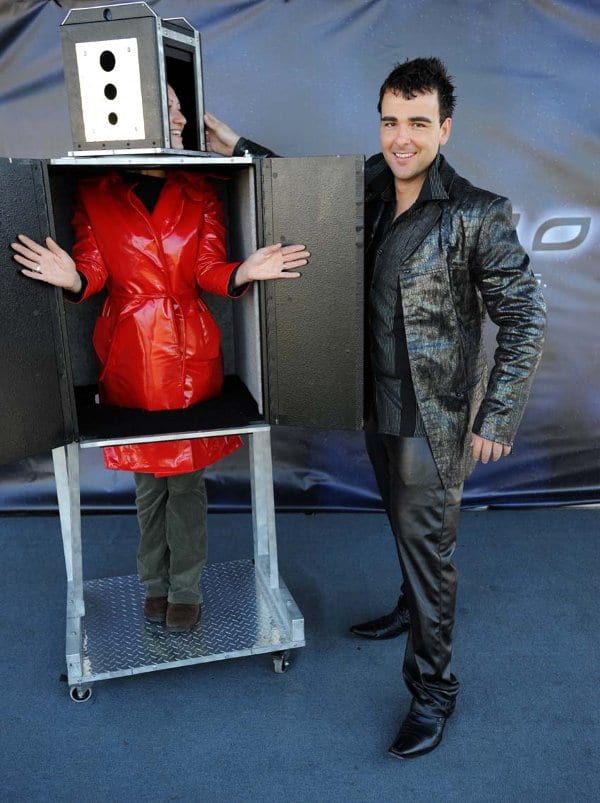 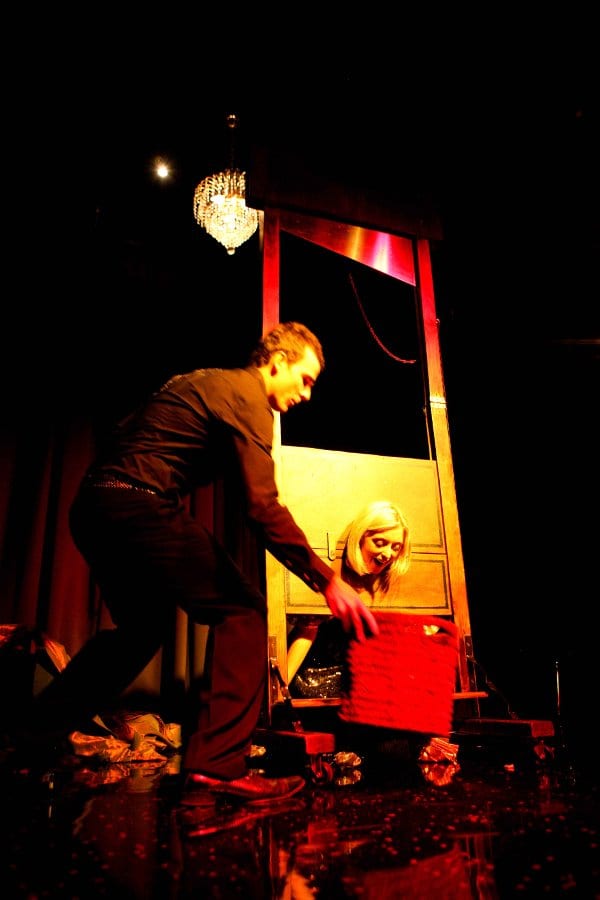 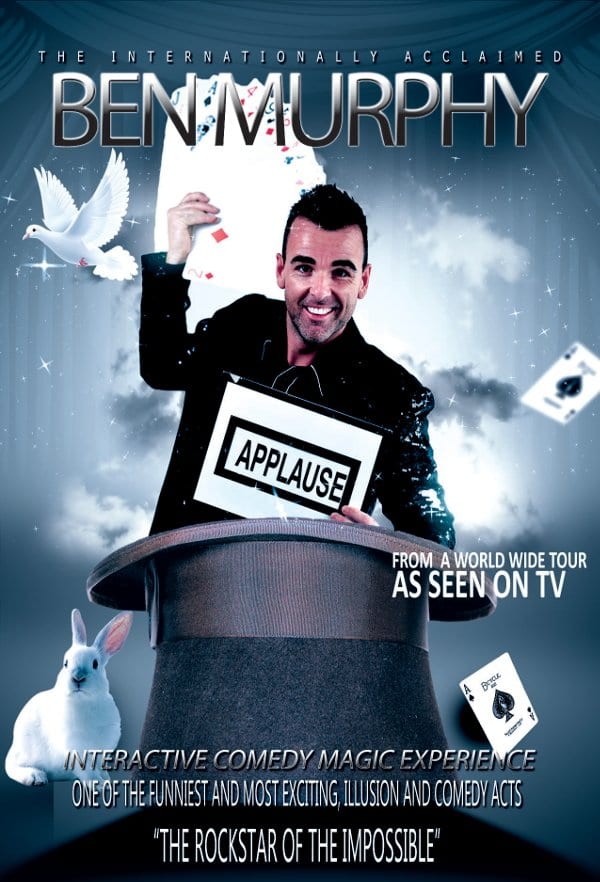 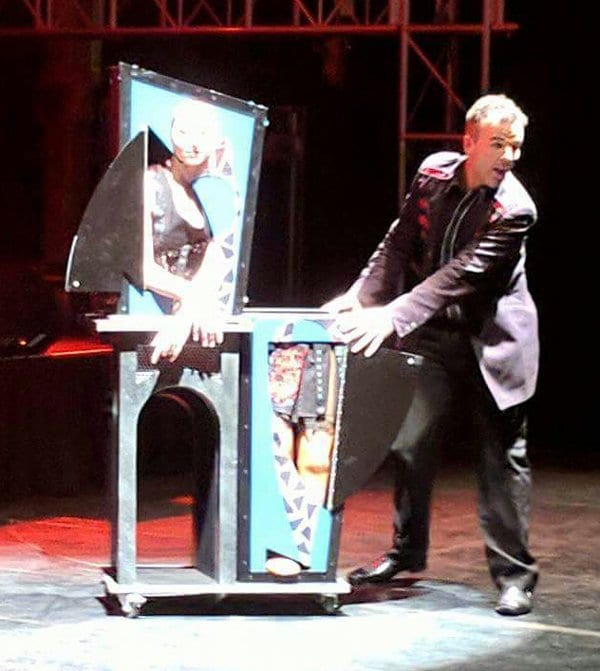 Description:
Ben Murphy’s hilarious one man show “Live” has been bringing audiences to their feet with his unique blend of comedy, magic and illusion. Simply a great choice of entertainment for almost any sized event. This show has something for everyone. With its side splitting twist on the world of magic and a few or some of the most exclusive and mesmerising illusions you are likely to see up close, Ben Murphy and his gorgeous assistant will have every audience member buzzing with excitement and joy.

The best thing about “LIVE” is it has the full impact of a larger Las Vegas style show without all the requirements such as special lighting and large stage. It can be performed almost anywhere. Ben Murphy “LIVE” will feature a whole lot of enjoyable audience interaction.

* A beautiful dancer will visually climb right through Ben’s stomach.

* See a girl’s body twisted around and around that she ends up stretched and looking like a wrung out tea towel.

* Even win a date with one of Hollywood’s most famous celebrities.

This show has something for everyone – comedy, magic, illusion, audience interaction and some surprise twists and results that will leave you laughing and crying out for more.

"It wasn't a Magic act, it was the funniest show we have ever seen, Ben Murphy is a shooting star!"
-ER

“We had Ben Murphy for the last 3 years, booked him again for next year – there is no one better"
- Eddy Drewy, ESSO

"Sensational, a great time was had by all"
-NAB