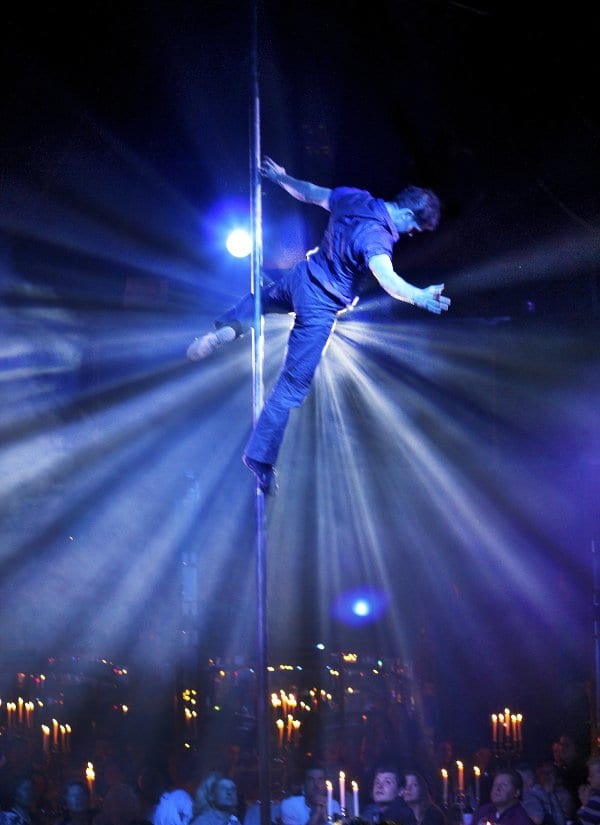 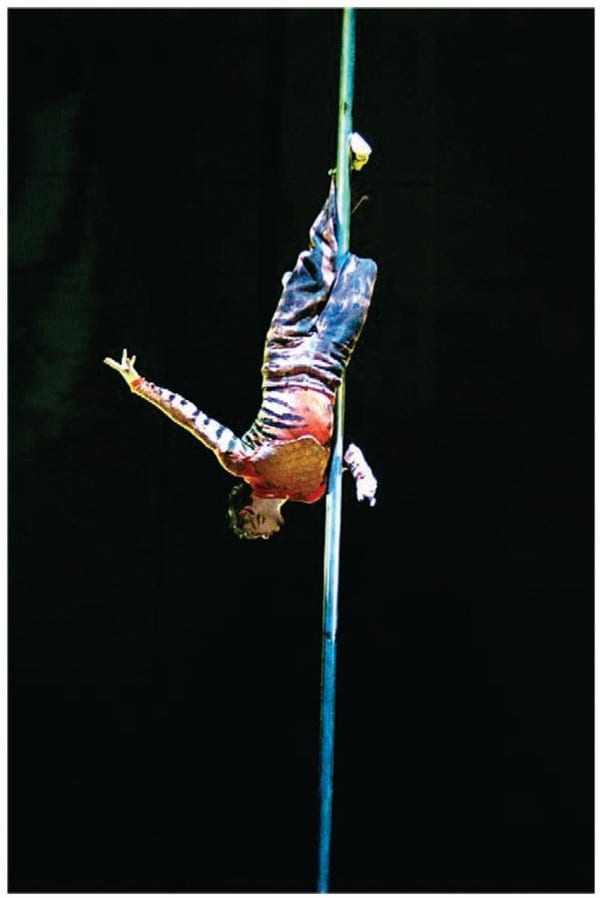 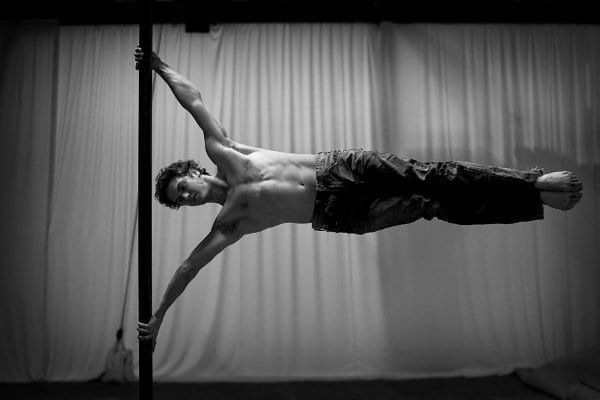 Avan is Australia’s only solo Chinese pole artist. In Aqua, Avan uses movement and isolation to create the illusion of being underwater, while simultaneously performing feats of incredible strength, precision agility, and ballistic death-defiance. Aqua is dark and moody, while at the same time graceful and beautiful, but rather than lessening it’s impact, this duality adds depth and dimension to the act, creating an experience that will give you goosebumps.

Aqua is performed by Avan Whaite, a national and international performer who has also produced and performed highly successful shows in the Melbourne Fringe Festival for the last two years. In 2006 Avan won the Circus Oz Fringe Award.

Performed by: Avan Whaite
Performances: All shows and roving characters by this artist.